I do enjoy a good drama, but only when I'm not involved in it. I'm seeing a nice blogodrama this week in the Eve blogosphere. It's quite amusing.

The drama is discouraging new people from being part of it, and encouraging veterans to leave it. There's not enough happening in the community to make it exciting and inspirational. Not like it used to be. It's devolved to petty squabbling and struggles for power.

I built evebloggers.com a long time ago to create a community around Eve blogging. Not just some bloggers, but ALL bloggers. I think it was instrumental in helping with that.

I'm also talking about evebloggers.com to make a point that I've got a good track record in seeing a need for the community and building something of value, that will take the community to the next step.

That's what I see with the project I'm working on now. It's about bringing together a community that is struggling to tear itself apart. 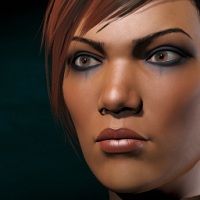 Where I'm at today:
Amarr
Hi there. I'm Alexia Morgan, and - I'm back from being away for quite a few years now.
I don't know what I'll be doing just yet, as I need to refresh myself on what's new in this game, but keep an eye out on the updates, because I'm sure to announce it soon! :)
In-game channel: TOURING

A long time ago, in another life, I started a corp called OUCH (Open University of Celestial Hardship). It was focused on teaching nullsec survival and PVP training, and is still going strong today. You can find more information here: OUCH

They also have a blog here:
Art of War Alliance Blog